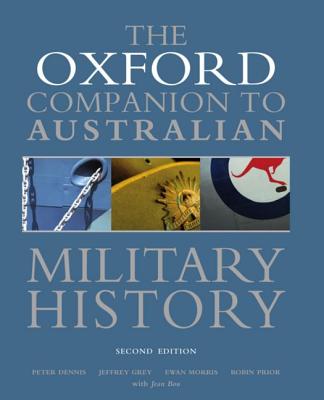 'War has been one of the defining forces in Australian history ... Participation in war, whether actively in the armed forces or on the home front, or in opposition to a particular war, has shaped the lives of successive generations of Australians in the twentieth century. Today ... questions relating to defence do not usually seize the attention of the media, but the Department of Defence remains one of the largest single consumers of the annual federal budget, and Anzac Day continues to hold a special place in the Australian calendar.' These words introduced the first edition of The Oxford Companion to Australian Military History in 1995. More than a decade later much has changed. Australian forces are currently employed in widely dispersed operations around the world, in particular in Iraq, Afghanistan, Timor Leste and the Solomon Islands, and questions of defence, broadly understood, have once again become a matter of public debate and controversy. This substantial new edition of the Companion builds on the strength of the first edition. Many of the original entries have been retained, some with minor emendations or additions, while others have been rewritten in the light of recent scholarship. There are also many new entries on topics that were omitted from the first edition, either because they did not seem to warrant inclusion or simply because they were overlooked, while others have assumed a new significance in the light of developments since 1995. In all cases the editors have sought to retain the original aim of combining information, some of it technical, with analysis, and to do so in a manner that will make the Companion accessible and useful both to the general reader and to the specialist.