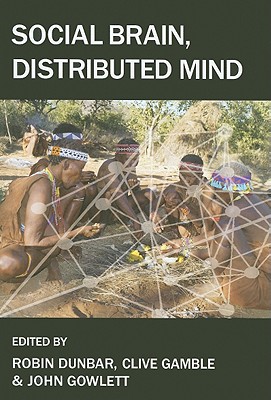 To understand who we are and why we are, we need to understand both modern humans and the ancestral stages that brought us to this point. The core to that story has been the role of evolving cognition--the social brain--in mediating the changes in behavior that we see in the archaeological record. This volume brings together two powerful approaches--the social brain hypothesis and the concept of the distributed mind, and compares perspectives on these two approaches from a range of disciplines, including archaeology, psychology, philosophy, sociology and the cognitive and evolutionary sciences. A particular focus is on the role that material culture plays as a scaffold for distributed cognition, and how almost three million years of artefact and tool uses provides the data for tracing key changes in areas such as language, technology, kinship, music, social networks and the politics of local, everyday interaction in small-world societies. A second focus is on how, during the course of hominin evolution, increasingly large spatially distributed communities created stresses that threatened social cohesion. This volume offers the possibility of new insights into the evolution of human cognition and social lives that will further our understanding of the relationship between mind and world.