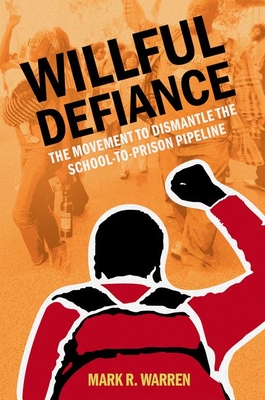 The Movement to Dismantle the School-To-Prison Pipeline

Mark R. Warren is Professor of Public Policy and Public Affairs at the University of Massachusetts Boston. A sociologist and community-engaged scholar, he studies and works with community, parent and youth organizing groups seeking to promote equity and justice in education, community developmentand American democratic life. Warren is the author of five books, including Lift Us Up, Don't Push Us Out! Voices from the Front Lines of the Educational Justice Movement (2018). Warren has co-founded several networks promoting activist scholarship, community organizing and movement-building, including the Peoples Think Tank on educational justice, the Urban Research Based Action Network, and the Special Interest Group on Community and Youth Organizing in the American Educational Research Association. He has won a number of prestigious awards, including a Guggenheim Fellowship, and is aFellow of the American Educational Research Association.
Loading...
or
Not Currently Available for Direct Purchase