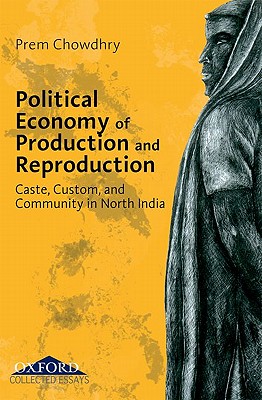 Political Economy of Production and Reproduction

Political Economy of Production and Reproduction presents a nuanced understanding of social flux and cultural turmoil in contemporary north India. It critically examines the complex relationship of the colonial past with the present; the shifts in the political economy and culture of north India; and the constant reformulation and refashioning of patriarchal forces. Prem Chowdhry, who has worked for close to three decades in the area, presents an intensive case study of Haryana that spans the mid-nineteenth to the twenty-first century, exploring its politics, economy, and society, with special emphasis on caste and gender. She offers a rich assessment of colonial legacy in the region, and how and why post-colonial changes in India--which established political democracy and norms of social equality--stand severely diluted and compromised indicating high economic and low social indices. Mapping significant social process and state policies that have shaped and reshaped north India, Political Economy of Production and Reproduction provides an insight into one of the richest regions in India and why it continues to be regressive even in the twenty-first century--ruled by social forces determined by caste, custom, and community, instead of moving towards a modern egalitarian society and statehood.

Prem Chowdhry is an independent researcher and Former Professorial Fellow of the Nehru Memorial Museum and Library, New Delhi. She has authored several books including Contentious Marriages, Eloping Couples (OUP 2007) and The Veiled Women (OUP 1994).
Loading...
or
Not Currently Available for Direct Purchase