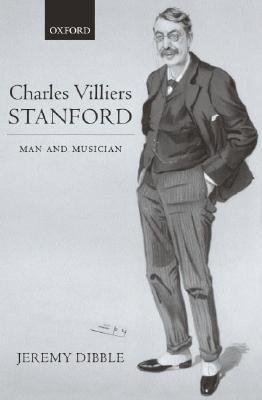 One of Britain's most gifted and productive composers, Stanford (1852-1924) is perhaps best known for his church music, but he was also an eminent symphonist, songwriter, and author of many fine choral works. Cosmopolitan, ambitious, and pragmatic, he was untiring in his efforts to advance the cause of British music during its renaissance at the end of the nineteenth century, promoting the music of his contemporaries, and the many pupils he taught at Cambridge and the Royal College of Music.

Professor Jeremy Dibble has been Lecturer in Music at both University College, Cork, Ireland and University of Durham as well as Head of Music Department, University of Durham. He is presently Reader of Music, University of Durham. Professor Dibble has written widely on British music of the Victorian, Edwardian, and Georgian eras, has written articles for numerous periodicals, journals, and dictionaries, and has acted as editorial consultant on the music of Parry and Stanford for various recording companies, including Hyperion, Conifer, Priory, and Nimbus, as well as the BBC.
or
Not Currently Available for Direct Purchase
Copyright © 2020 American Booksellers Association