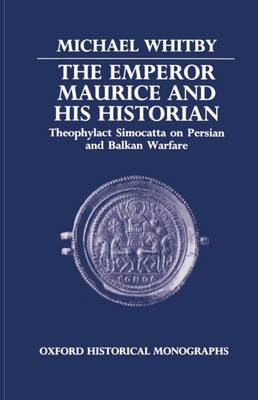 The Emperor Maurice and His Historian

The History of Theophylact Simocatta, the last historian of classical antiquity, is recognized to be the primary source for information about the reign of the emperor Maurice (582-602). Yet the idiosyncracies of Theophylact's style have often deterred serious analysis of this important period. Through close examination of Theophylact's narrative and collation with other evidence, this study sorts through the obscurities, biases, and errors to reveal more fully than ever before the interplay of personalities and events under Maurice. In the process, Whitby highlights the importance of the History as a work worthy of study in its own right, an example of the development of Greek historiography under the influence of Christianity, and a product of the last flowering of classical Greek literature in antiquity.