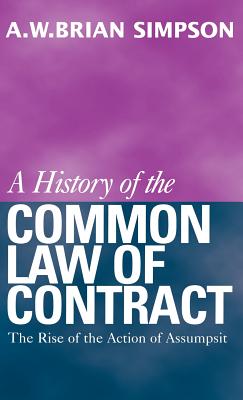 A History of the Common Law of Contract

The Common Law is one of the two major and successful legal systems developed in Western Europe and now in force, in one form or another, in America and Great Britain. Perhaps its most typical product is English Contract law, which developed at the close of the 14th century, assumed many of its characteristic doctrines in the 16th and 17th centuries, and evolved into its modern form in the 19th century. This book, which is written primarily from a doctrinal standpoint, takes the story up to the Statute of Frauds in 1677 and constitutes the first part of the history of contract law.