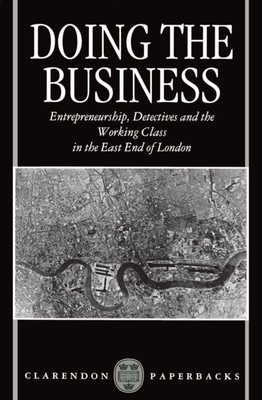 Entrepreneurship, the Working Class, and Detectives in the East End of London (Clarendon Paperbacks)

Doing the Business looks at the culture of London's East End and its relationship with the Criminal Investigation Department of the Metropolitan Police. The cultures of both the East End and the CID are examined in terms of their relationship with the market place and the emergent strategies of negotiation, trading, and, most importantly, entrepreneurship. The author breaks new ground in several crucial areas. He asks how well traditional notions of working class culture fit the East End, and argues convincingly that they do not. His model of an entrepreneurial working class culture (a shadow economy) is a departure from the routine them and us picture of class relationships in Britain. He links the working class ethos peculiar to the East End with the occupational culture of detectives in an illuminating analysis of the working identity of plain clothes policing. There is also much of interest and originality in his theories of crime and delinquency, and in his documentation of the history of detective work in London. This is a highly original and at times controversial piece of work that contributes not only to our knowledge of culture and sub-culture, but also to the sociology of policing, and the study of class relations and organizations.