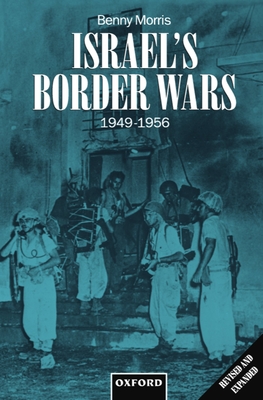 Arab Infiltration, Israeli Retaliation, and the Countdown to the Suez War

This book looks at the development of Israeli-Arab relations during the formative years 1949 to 1956, focusing on Arab infiltration into Israel and Israeli retaliation. Palestinian refugee raiding and cross-border attacks by Egyptian-controlled irregulars and commandos were a core phenomenon
during this period and one of the chief causes of Israel's invasion of Sinai and the Gaza strip in 1956. Benny Morris probes the types of Arab infiltration and the attitude of Arab governments towards the phenomenon, and traces the evolution of Israel's defensive and offensive responses. He analyzes Israeli decision-making processes, including the emergence and ultimate failure of Foreign Minister
Moshe Sharett's dissident policy of moderation, and describes in detail the history of the Arab infiltration, including the terrorist-guerrilla raids by state-organized Fedayeen in 1955-6, and of the IDF raids of Qibya, Nahhalin, Kinneret, and the Sabha. This was a precedent-setting period in the making of Israeli defense policy, and this pattern of raiding and counter-raiding served to define Israeli-Arab relations during the subsequent four decades. In this pioneering study Morris deepens our understanding of the current situation in the Middle
East and of the prospects for a lasting peace there.