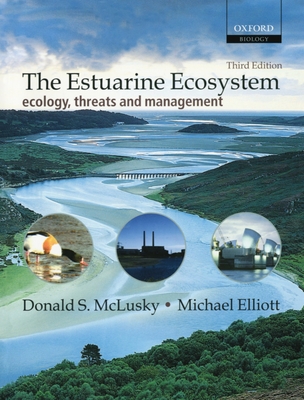 For the inhabitants of many of the world's major towns and cities, estuaries provide their first and nearest glimpse of a natural habitat. Despite the attempts of man to pollute or reclaim it, the estuarine ecosystem continues to provide a fascinating insight into a natural world where energy is transformed from sunlight into plant material, and then through the steps of a food chain is converted into a rich food supply for birds and fish.
When the previous editions of this book appeared, biologists were beginning to realize that the estuarine ecosystem was an ideal habitat in which to observe the processes controlling biological productivity. In the intervening period, many more estuaries and their inhabitants have been studied intensively. It is now possible to answer many of the questions posed by the earlier editions, and to pursue further the explanation of high productivity in estuaries and of energy utilization at different trophic levels within estuarine food webs. A significant amount of new information has also been accumulated on the human use and abuse of these habitats, particularly the effects of pollution. Although the world's seas are vast and may appear capable of receiving unlimited quantities of human effluent, such waste is often first discharged into the confined waters of estuaries. In practice, marine pollution is often essentially estuarine pollution. To reflect the huge impact of humans on estuaries, and to consider how we may either modify, remove or enrich the estuarine ecosystem, three completely new chapters have been prepared in this edition. These consider anthropogenic change (including pollution) in estuaries, the diverse uses and abuses of the estuarine habitat by man, and the methods used to study human induced changes in estuaries. Finally, this text examines the ways in which estuarine management can monitor, control or prevent the pollution and destruction of this fragile ecosystem.