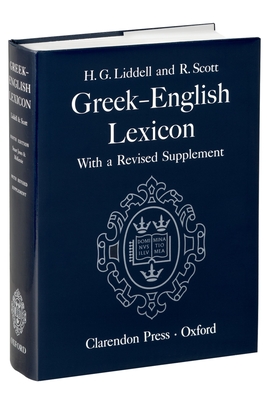 Liddell & Scott's Greek-English Lexicon is the most comprehensive and up-to-date ancient Greek dictionary in the world. Used by every student of ancient Greek in the English-speaking world, the dictionary covers every surviving ancient Greek author and text discovered up to 1940, from the Pre-Classical Greek of Homer and Hesiod to Classical Greek to the Hellenistic Period, including the Greek Old and New Testaments. This monumental work is now available with a brand new Revised Supplement. Representing the culmination of thirteen years' work, the new Supplement is a complete replacement of the 1968 Supplement. Nearly twice the size of the 1968 edition, with over 20,000 entries, it adds to the dictionary words and forms from papyri and inscriptions discovered between 1940 and the 1990s as well as a host of other revisions, updatings, and corrections to the main dictionary. Linear B forms are shown within entries for the first time, and the Revised Supplement gives the
dictionary a date-range from 1200 BC to 600 AD. It is fully cross-referenced to the main text, but additions have been designed to be easily used without constant reference to the main text.