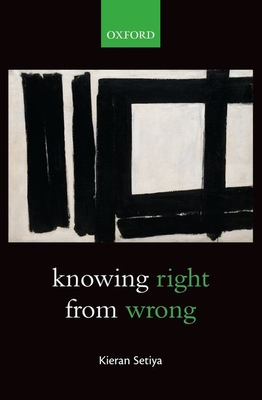 Can we have objective knowledge of right and wrong, of how we should live and what there is reason to do? The thought that we can is beset by sceptical problems. In the face of radical disagreement, can we be sure that we are not deceived? If the facts are independent of what we think, is our reliability a mere coincidence? Can it be anything but luck when our beliefs are true? In Knowing Right From Wrong, Kieran Setiya confronts these questions in their most compelling and articulate forms: the argument from ethical disagreement; the argument from reliability and coincidence; and the argument from accidental truth. In order to resist the inference from disagreement to scepticism, he argues, we must reject epistemologies of intuition, coherence, and reflective equilibrium. The problem of disagreement can be solved only if the basic standards of epistemology in ethics are biased towards the truth. In order to solve the problem of coincidence, we must embrace arguments for reliability in ethics that rely on ethical beliefs. Such arguments do not beg the question in an epistemically damaging way. And in order to make sense of ethical knowledge as non-accidental truth, we must give up the independence of ethical fact and belief. We can do so without implausible predictions of convergence or relativity if the facts are bound to us through the natural history of human life. If there is objective ethical knowledge, human nature is its source.

Kieran Setiya is Professor of Philosophy at the University of Pittsburgh. He works in action theory, epistemology, and ethics, and is the author of Reasons without Rationalism (Princeton University Press, 2007).
or support indie stores by buying on
Copyright © 2020 American Booksellers Association