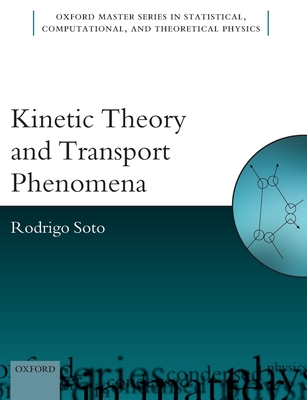 One of the questions about which humanity has often wondered is the arrow of time. Why does temporal evolution seem irreversible? That is, we often see objects break into pieces, but we never see them reconstitute spontaneously. This observation was first put into scientific terms by the
so-called second law of thermodynamics: entropy never decreases. However, this law does not explain the origin of irreversibly; it only quantifies it. Kinetic theory gives a consistent explanation of irreversibility based on a statistical description of the motion of electrons, atoms, and molecules.
The concepts of kinetic theory have been applied to innumerable situations including electronics, the production of particles in the early universe, the dynamics of astrophysical plasmas, quantum gases or the motion of small microorganisms in water, with excellent quantitative agreement. This book
presents the fundamentals of kinetic theory, considering classical paradigmatic examples as well as modern applications. It covers the most important systems where kinetic theory is applied, explaining their major features. The text is balanced between exploring the fundamental concepts of kinetic
theory (irreversibility, transport processes, separation of time scales, conservations, coarse graining, distribution functions, etc.) and the results and predictions of the theory, where the relevant properties of different systems are computed. To request a copy of the Solutions Manual, visit http: //global.oup.com/uk/academic/physics/admin/solutions.

Rodrigo Soto, Professor, University of Chile, Santiago de Chile Rodrigo Soto gained his PhD in physics at the Universidad de Chile, finishing in 1998. He was a postdoctoral researcher at the Centre Europeen de Calcul Atomique et Moleculaire in Lyon, France. Since 2015 he is Full Professor in the Physics Department at the Universidad de Chile. He has beenVisiting Professor at the Universidad Complutense in Madrid, Spain; Ecole Superieure de Physique et Chimie Industrielles de la Ville de Paris, France; and at the University of Oxford, UK. His has worked on different subjects of non-equilibrium statistical mechanics, mainly on the dynamics ofgranular materials, in the dynamical Casimir effect, and in active fluids.
Loading...
or
Not Currently Available for Direct Purchase