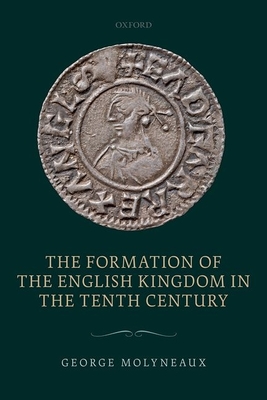 The Formation of the English Kingdom in the Tenth Century

The central argument of The Formation of the English Kingdom in the Tenth Century is that the English kingdom which existed at the time of the Norman Conquest was defined by the geographical parameters of a set of administrative reforms implemented in the mid- to late tenth century, and not by a vision of English unity going back to Alfred the Great (871-899). In the first half of the tenth century, successive members of the Cerdicing dynasty established a loose domination over the other great potentates in Britain. They were celebrated as kings of the whole island, but even in their Wessex heartlands they probably had few means to routinely regulate the conduct of the general populace. Detailed analysis of coins, shires, hundreds, and wapentakes suggests that it was only around the time of Edgar (957/9-975) that the Cerdicing kings developed the relatively standardised administrative apparatus of the so-called 'Anglo-Saxon state'. This substantially increased their ability to impinge upon the lives of ordinary people living between the Channel and the Tees, and served to mark that area off from the rest of the island. The resultant cleft undermined the idea of a pan-British realm, and demarcated the early English kingdom as a distinct and coherent political unit. In this volume, George Molyneaux places the formation of the English kingdom in a European perspective, and challenges the notion that its development was exceptional: the Cerdicings were only one of several ruling dynasties around the fringes of the former Carolingian Empire for which the late ninth, tenth, and eleventh centuries were a time of territorial expansion and consolidation.

George Molyneaux was born in Edinburgh and grew up in Aberdeen. He studied History at Christ Church, Oxford, coming top in the university in both his Preliminary and Final examinations. He was then elected to an Examination ('Prize') Fellowship at All Souls College, Oxford, where he researched and wrote the present book. He has also published articles in the English Historical Review, the Transactions of the Royal Historical Society, the Journal of Ecclesiastical History, Early Medieval Europe, and Anglo-Saxon England, receiving the Royal Historical Society's Alexander Prize for his article on the Old English Bede (English Historical Review, 2009). He is now a barrister at Blackstone Chambers in London, and remains a Fellow of All Souls College.
Loading...
or
Not Currently Available for Direct Purchase