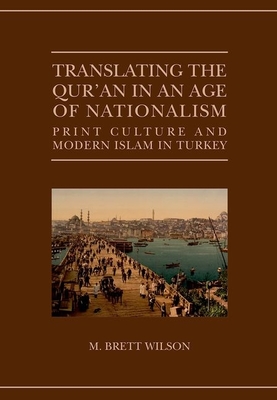 Translating the Qur'an in an Age of Nationalism

Over the course of the past two centuries, the central text of Islam has undergone twin revolutions. Around the globe, Muslim communities have embraced the printing and translating of the Qur'an, transforming the scribal text into a modern book that can be read in virtually any language. What began with the sparse and often contentious publication of vernacular commentaries and translations in South Asia and the Ottoman Empire evolved, by the late twentieth century, into widespread Qur'anic translation and publishing efforts in all quarters of the Muslim world, including Arabic speaking countries such as Egypt and Saudi Arabia. This is remarkable given that at the dawn of the twentieth century many Muslims considered Qur'an translations to be impermissible and unviable. Nevertheless, printed and translated versions of the Qur'an have gained widespread acceptance by Muslim communities, and now play a central, and in some quarters, a leading role in how the Qur'an is read and understood in the modern world. Focusing on the Ottoman Empire and Turkey, and following the debates to Russia, Egypt, Indonesia, and India, this book tries to answer the question of how this revolution in Qur'anic book culture occurred, considering both intellectual history as well the processes by which the Qur'an became a modern book that could be mechanically reproduced and widely owned.

Brett Wilson is Assistant Professor of Religious Studies at Macalester College. He holds a PhD in Religion with a specialization in Islamic Studies from Duke University. His scholarship has appeared in the International Journal of Middle Eastern Studies, Comparative Islamic Studies, and The Encyclopaedia of Women in Islamic Cultures.
or
Not Currently Available for Direct Purchase