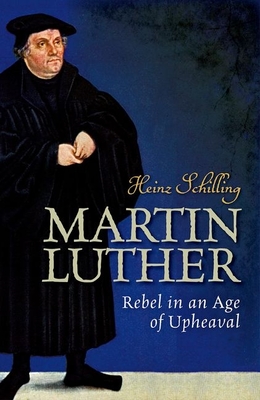 Rebel in an Age of Upheaval

No other German has shaped the history of early-modern Europe more than Martin Luther. In this comprehensive and balanced biography we see Luther as a rebel, but not as a lone hero; as a soldier in a mighty struggle for the universal reform of Christianity and its role in the world. The foundation of Protestantism changed the religious landscape of Europe, and subsequently the world, but the author chooses to show Luther not simply as a reformer, but as an individual. In his study of the Wittenberg monk, Heinz Schilling - one of Germany's leading social and political historians - gives the reader a rounded view of a difficult, contradictory character, who changed the world by virtue of his immense will.

Heinz Schilling was Professor of Early Modern History at the Humboldt University, Berlin until his retirement in 2010. His main areas of research are in early modern European history, including studies in religion, politics, migration studies, foreign policy, and social and cultural history.
or
Buy Here
Copyright © 2020 American Booksellers Association