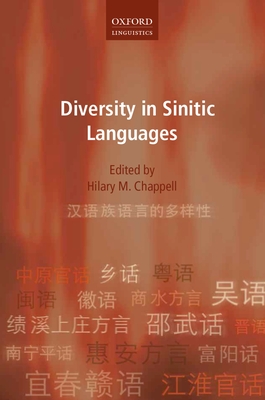 This book presents new research into the great structural diversity found in Sinitic languages. While many studies focus principally on Standard Mandarin, this work draws on extensive empirical data from lesser-known languages, and seeks to dispel many recurrent linguistic myths about the Sinitic language family. Part I presents findings that show the important interplay of research into diachronic linguistics and typology in China, beginning with a discussion of how to tackle the issue of linguistic diversity in Sinitic languages. Chapters in Part II examine the Sinitic languages from a crosslinguistic perspective with pan-Sinitic explorations of demonstrative paradigms; bare classifier phrases in relation to the coding of definiteness; and of the diachronic development of two main structures for comparatives of inequality with respect to issues in language contact. Part III is devoted to individual studies of linguistic micro-areas in China: Pinghua and the Guangxi Autonomous Region in the far South of China; Shaowu Min in the northwestern corner of Fujian province; the Wu dialect of Fuyang; and the Hui'an Southern Min dialect in the South of Fujian province.

Hilary M. Chappell, Chair Professor in Linguistic Typology, Ecole des Hautes Etudes en Sciences Sociales, Paris Hilary M. Chappell holds the Chair in Linguistic Typology of East Asia at the Ecole des Hautes Etudes en Sciences Sociales (EHESS) in Paris. Her main research is on the typology of Sinitic languages (or Chinese dialects) with the goal of investigating the extent of their linguistic diversity. To this end, she has been carrying out fieldwork over the past seven years in Hunan province, China, on the Xianghua language. A second, related research area pertains to the diachronic syntax of Southern Min (Hokkien), making use of a corpus of late 16th and early 17th century materials. Her publications include Sinitic Grammar: Synchronic and Diachronic Perspectives (OUP, 2001), Chinese Grammar: Synchronic and Diachronic Perspectives (OUP, 2004), and, with Christine Lamarre, A Grammar and Lexicon of Hakka (EHESS, 2005).
Loading...
or
Not Currently Available for Direct Purchase