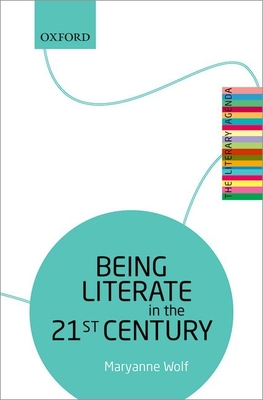 Tales of Literacy for the 21st Century

The Literary Agenda is a series of short polemical monographs about the importance of literature and of reading in the wider world and about the state of literary education inside schools and universities. The category of the literary has always been contentious. What is clear, however, is how increasingly it is dismissed or is unrecognised as a way of thinking or an arena for thought. It is sceptically challenged from within, for example, by the sometimes rival claims of cultural history, contextualized explanation, or media studies. It is shaken from without by even greater pressures: by economic exigency and the severe social attitudes that can follow from it; by technological change that may leave the traditional forms of serious human communication looking merely antiquated. For just these reasons this is the right time for renewal, to start reinvigorated work into the meaning and value of literary reading. Tales of Literacy for the 21st Century wrestles with critical, timely questions for 21st-century society. How does literacy change the human brain? What does it mean to be a literate or a non-literate person in the present digital culture: for example, what will be lost in the present reading brain, and what will be gained with different mediums than print? What are the consequences of a digital reading brain for the literary mind and for writing itself? Can knowledge about the reading brain and advances in technology offer new forms of literacy and new forms of knowledge to the peoples in remote regions of the world who would never otherwise become literate? By using both research from cognitive neuroscience, psycholinguistics, child development, and education, and considering literary examples from world literature, Maryanne Wolf plots a course that seeks to preserve the deepest forms of reading from the past, while developing the cognitive skills necessary for this century's next generation.

Maryanne Wolf is the John DiBiaggio Professor of Citizenship and Public Service and Director of the Center for Reading and Language Research at Tufts University. With her doctoral degree from Harvard University, and two degrees in Literature from Northwestern and St. Marys College/Notre Dame, she is a cognitive neuroscientist who conducts research on the reading brain, dyslexia, and global literacy. Author of over 130 scientific publications, and the recipient of multiple awards for teaching, research, and public service, Wolf wrote Proust and the Squid: The Story and Science of the Reading Brain, now translated into 13 languages. She and her colleagues are developing digital learning tools to bring literacy to children in poverty around the world.
Loading...
or
Not Currently Available for Direct Purchase