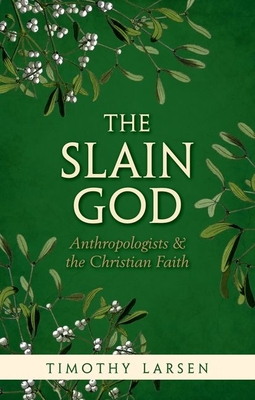 Anthropologists and the Christian Faith

Named Book of the Year by Books and Culture Throughout its entire history, the discipline of anthropology has been perceived as undermining, or even discrediting, Christian faith. Many of its most prominent theorists have been agnostics who assumed that ethnographic findings and theories had discredited religious beliefs. E. B. Tylor, the
founder of the discipline in Britain, lost his faith through studying anthropology. James Frazer saw the material that he presented in his highly influential work, The Golden Bough, as demonstrating that Christian thought was based on the erroneous thought patterns of savages. On the other hand,
some of the most eminent anthropologists have been Christians, including E. E. Evans-Pritchard, Mary Douglas, Victor Turner, and Edith Turner. Moreover, they openly presented articulate reasons for how their religious convictions cohered with their professional work. Despite being a major site of friction between faith and modern thought, the relationship between anthropology and Christianity has never before been the subject of a book-length study. In this groundbreaking work, Timothy Larsen examines the point where doubt and faith collide with anthropological
theory and evidence.

Timothy Larsen is McManis Professor of Christian Thought, Wheaton College, Wheaton, Illinois. He is a Fellow of both the Royal Historical Society and the Royal Anthropological Institute. He has been a Visiting Fellow, Trinity College, Cambridge, and some of the research for this volume wasundertaken while a Visiting Fellow, All Souls College, Oxford. His previous monographs published by Oxford University Press are Crisis of Doubt: Honest Faith in Nineteenth-Century England and A People of One Book: The Bible and the Victorians.
Loading...
or
Not Currently Available for Direct Purchase