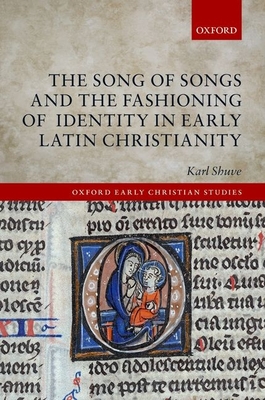 In this work, Karl Shuve provides a new account of how the Song of Songs became one of the most popular biblical texts in medieval Western Christianity, through a close and detailed study of its interpretation by late antique Latin theologians. It has often been presumed that early Latin
writers exercised little influence on the medieval interpretation of the poem, since there are so few extant commentaries from the period. But this is to overlook the hundreds of citations of and allusions to the Song in the writings of influential figures such as Cyprian, Ambrose, Jerome, and
Augustine as well as the lesser-known theologian Gregory of Elvira. Through a comprehensive analysis of these citations and allusions, Shuve argues that contrary to the expectations of many modern scholars, the Song of Songs was not a problematic text for early Christian theologians, but was a
resource that they mined as they debated the nature of the church and of the virtuous life. The first part of the volume considers the use of the Song in the churches of Roman Africa and Spain, where bishops and theologians focused on images of enclosure and purity invoked in the poem. In the second
part, the focus is late fourth-century Italy, where a new ascetic interpretation, concerned particularly with women's piety, began to emerge. This erotic poem gradually became embedded in the discursive traditions of Latin Late Antiquity, which were bequeathed to the Christian communities of early
medieval Europe.

Karl Shuve is Assistant Professor of Religious Studies at the University of Virginia.
Loading...
or
Not Currently Available for Direct Purchase