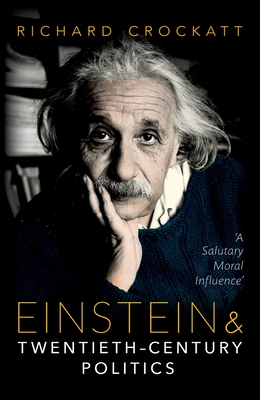 Albert Einstein, world-renowned as a physicist, was also publicly committed to radical political views. Despite the vast literature on Einstein, Einstein and Twentieth Century Politics is the first comprehensive study of his politics, covering his opinions and campaigns on pacifism, Zionism, control of nuclear weapons, world government, freedom, and racial equality. Most studies look at Einstein in isolation but here he is viewed alongside a 'liberal international' of global intellectuals, including Gandhi, Albert Schweitzer, Bertrand Russell, H.G. Wells, George Bernard Shaw, Romain Rolland, Thomas Mann, and John Dewey. Frequently called upon to join campaigns on great issues of war, peace, and social values, they all knew or corresponded with Einstein. This volume examines how Einstein and comparable intellectuals sought to exert a 'salutary influence', as Einstein put it in a letter to Freud. Close attention is given to the unique qualities Einstein brought to his
interventions in political debate. His influence derived in the first instance from his celebrity status as the scientist of genius whose theory of relativity was both incomprehensible to most and seemingly relevant to many aspects of aspects of culture and the cosmos. Einstein's complex and enigmatic personality, which combined intense devotion to privacy and a capacity to perform on the public stage, also contributed to the Einstein myth. Studying Einstein's politics, it is argued here, takes us not only into the mind of Einstein but to the heart of the great public issues of the twentieth century.

Richard Crockatt was born in Scotland in 1947 and studied English Language and Literature at Edinburgh University. After two years in Germany he studied for a D.Phil at Sussex University on the topic of American liberalism. In 1978 he was appointed lecturer in American History at the University of East Anglia from which he retired as professor in 2011. Specialising in American foreign policy and international relations in the twentieth century, he is author of The Fifty Years War: The United States and the Soviet Union in World Politics, 1941-1991 (1995), America Embattled: September 11, Anti-Americanism, and the Global Order (2003), and After 9/11: Cultural Dimensions of American Global Power (2007). He has also published throughout his career in the field of intellectual history.
Loading...
or
Not Currently Available for Direct Purchase