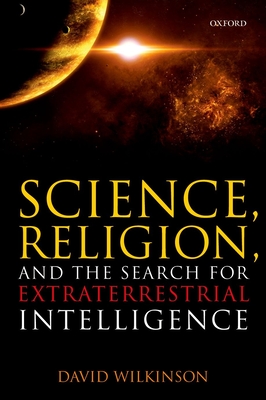 Science, Religion, and the Search for Extraterrestrial Intelligence

If the discovery of life elsewhere in the universe is just around the corner, what would be the consequences for religion? Would it represent another major conflict between science and religion, even leading to the death of faith? Some would suggest that the discovery of any suggestion of extraterrestrial life would have a greater impact than even the Copernican and Darwinian revolutions. It is now over 50 years since the first modern scientific papers were published on the search for extraterrestrial intelligence (SETI). Yet the religious implications of this search and possible discovery have never been systematically addressed in the scientific or theological arena. SETI is now entering its most important era of scientific development. New observation techniques are leading to the discovery of extra-solar planets daily, and the Kepler mission has already collected over 1000 planetary candidates. This deluge of data is transforming the scientific and popular view of the existence of extraterrestrial intelligence. Earth-like planets outside of our solar system can now be identified and searched for signs of life. Now is a crucial time to assess the scientific and theological questions behind this search. This book sets out the scientific arguments undergirding SETI, with particular attention to the uncertainties in arguments and the strength of the data already assembled. It assesses not only the discovery of planets but other areas such as the Fermi paradox, the origin and evolution of intelligent life, and current SETI strategies. In all of this it reflects on how these questions are shaped by history and pop culture and their relationship with religion, especially Christian theology. It is argued that theologians need to take seriously SETI and to examine some central doctrines such as creation, incarnation, revelation, and salvation in the light of the possibility of extraterrestrial life.

David Wilkinson, Professor and Principal, St John's College, Durham University David Wilkinson is Principal of St John's College, Durham University. He is also Professor in the Department of Theology and Religion. His background is research in theoretical astrophysics, where he gained a PhD in the study of star formation, the chemical evolution of galaxies and terrestrial mass extinctions. He is a Fellow of the Royal Astronomical Society. After this research he trained for the Methodist ministry, serving in a variety of appointments. His current work at Durham University involves the relationship of the Christian faith to contemporary culture, from science to pop-culture. He also holds a PhD in Systematic Theology where he explored the future of the physical universe. His most recent book is Christian Eschatology and the Physical Universe (T&T Clark, 2010) and he also co-edited Reading Genesis After Darwin (OUP, 2009). He is well known as a broadcaster and lecturer. He is regular contributor to BBC Radio 4's Thought for the Day.
Loading...
or
Not Currently Available for Direct Purchase