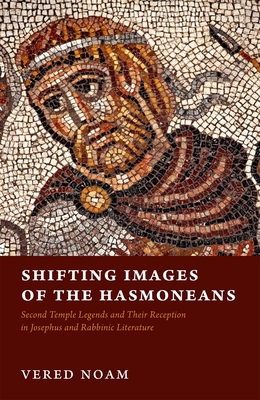 Shifting Images of the Hasmoneans (Hardcover)

Second Temple Legends and Their Reception in Josephus and Rabbinic Literature

The shifting image of the Hasmoneans in the eyes of their contemporaries and later generations is a compelling issue in the history of the Maccabean revolt and the Hasmonean commonwealth. Based on a series of six Jewish folktales from the Second Temple period that describe the Hasmonean dynasty and its history from its legendary founders, through achievement of full sovereignty, to downfall, this volume examines the Hasmoneans through the lens of reception history. On the one hand, these brief, colorful legends are embedded in the narrative of the historian of the age, Flavius Josephus; on the other hand, they are scattered throughout the extensive halakhic-exegetical compositions known as rabbinic literature, redacted and compiled centuries later. Each set of parallel stories is examined for the motivation underlying its creation, its original message, language, and the historical context. This analysis is followed by exploration of the nature of the relationship between the Josephan and the rabbinic versions, in an attempt to reconstruct the adaptation of the putative original traditions in the two corpora, and to decipher the disparities, different emphases, reworking, and unique orientations typical of each. These adaptations reflect the reception of the pristine tales and thus disclose the shifting images of the Hasmoneans in later generations and within distinct contexts. The compilation and characterization of these sources which were preserved by means of two such different conduits of transmission brings us closer to reconstruction of a lost literary continent, a hidden Jewish "Atlantis" of early pseudo-historical legends and facilitates examination of the relationship between the substantially different libraries and worlds of Josephus and rabbinic literature.

Vered Noam is Professor in the Department of Jewish Philosophy and Talmud and chair of the Chaim Rosenberg School of Jewish Studies at Tel Aviv University. In 2015 she was a fellow at the Israel Institute for Advanced Studies in Jerusalem and in 2011 was the Horace Goldsmith Visiting Professor in Judaic Studies at Yale University. In 2010 she was the recipient of the Rothschild Foundation's Michael Bruno Memorial Award. Noam is the author of Megillat Ta'anit: Versions, Interpretation, History (Jerusalem: Yad Ben-Zvi Press, 2003, in Hebrew); From Qumran to the Rabbinic Revolution: Conceptions of Impurity (Jerusalem: Yad Ben Zvi Press, 2010, in Hebrew); Josephus and the Rabbis (with Tal Ilan, Jerusalem: Yad Ben-Zvi Press, 2017, in Hebrew); and 'Some Precepts of the Torah' - an English translation of and commentary on 4QMMT for The Oxford Commentary on the Dead Sea Scrolls series (in preparation).
or
Not Currently Available for Direct Purchase
Copyright © 2020 American Booksellers Association