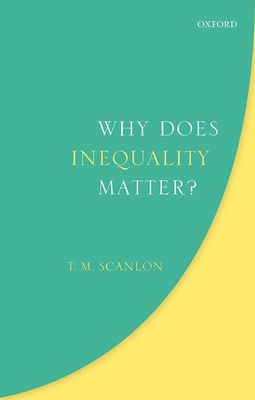 Why Does Inequality Matter?

T. M. Scanlon, Alford Professor of Natural Religion, Moral Philosophy, and Civil Polity, Emeritus, Harvard University T. M. Scanlon attended Princeton University (BA in Philosophy, 1962), studied at Oxford, Brasenose College, 1962-63, and then at Harvard University (PhD in Philosophy, 1968). Scanlon taught philosophy at Princeton 1966-1984, then at Harvard from 1984 until his retirement in 2016. He was one of the founding editors of Philosophy & Public Affairs and has published mainly in moral and political philosophy.
or support indie stores by buying on