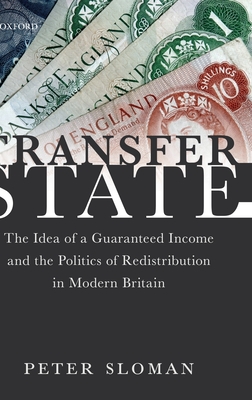 The idea of a guaranteed minimum income has been central to British social policy debates for more than a century. Since the First World War, a variety of market economists, radical activists, and social reformers have emphasized the possibility of tackling poverty through direct cash transfers between the state and its citizens. As manufacturing employment has declined and wage inequality has grown since the 1970s, cash benefits and tax credits have become an important source of income for millions of working-age households, including many low-paid workers with children. The nature and purpose of these transfer payments, however, remain highly contested. Conservative and New Labour governments have used in-work benefits and conditionality requirements to 'activate' the unemployed and reinforce the incentives to take low-paid work - an approach which has reached its apogee in Universal Credit. By contrast, a growing number of campaigners have argued that the challenge of providing economic security in an age of automation would be better met by paying a Universal Basic Income to all citizens. Transfer State provides the first detailed history of guaranteed income proposals in modern Britain, which brings together intellectual history and archival research to show how the pursuit of an integrated tax and benefit system has shaped UK public policy since 1918. The result is a major new analysis of the role of cash transfers in the British welfare state which sets Universal Credit in a historical perspective and examines the cultural and political barriers to a Universal Basic Income.

Peter Sloman, Senior Lecturer in British Politics, University of Cambridge, UK Peter Sloman is Senior Lecturer in British Politics at the University of Cambridge and a Fellow of Churchill College. He was a Junior Research Fellow at New College before moving to Cambridge in 2015. His first book, The Liberal Party and the Economy, 1929-1964 (Oxford, 2015) examined how British Liberals engaged with economic thought in the era of John Maynard Keynes and William Beveridge. He has also published articles in a number of leading journals and has contributed to the Oxford Dictionary of National Biography.
or
Not Currently Available for Direct Purchase