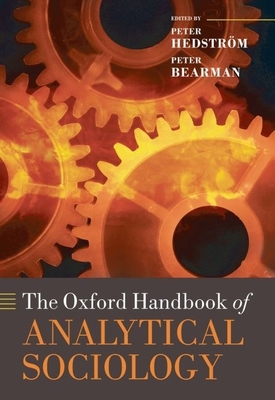 Analytical sociology is a strategy for understanding the social world. It is concerned with explaining important social facts such as network structures, patterns of residential segregation, typical beliefs, cultural tastes, and common ways of acting. It explains such facts not merely by relating them to other social facts, but by detailing in clear and precise ways the mechanisms through which the social facts were brought about. Making sense of the relationship between micro and macro thus is one of the central concerns of analytical sociology. The approach is a contemporary incarnation of Robert K. Merton's notion of middle-range theory and represents a vision of sociological theory as a tool-box of semi-general theories each of which is adequate for explaining certain types of phenomena. The Handbook of Analytical Sociology brings together some of the most prominent sociologists in the world in a concerted effort to move sociology in a more analytical and rigorous direction. Some of the chapters focus on action and interaction as the cogs and wheels of social processes, while others consider the dynamic social processes that these actions and interactions bring about.