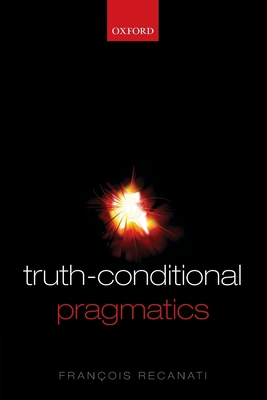 Francois Recanati argues against the traditional understanding of the semantics/pragmatics divide and puts forward a radical alternative. Through half a dozen case studies, he shows that what an utterance says cannot be neatly separated from what the speaker means. In particular, the speaker's meaning endows words with senses that are tailored to the situation of utterance and depart from the conventional meanings carried by the words in isolation. This phenomenon of 'pragmatic modulation' must be taken into account in theorizing about semantic content, for it interacts with the grammar-driven process of semantic composition. Because of that interaction, Recanati argues, the content of a sentence always depends upon the context in which it is used. This claim defines Contextualism, a view which has attracted considerable attention in recent years, and of which Recanati is one of the main proponents.

Francois Recanati has been a research fellow at the Centre National de la Recherche Scientifique (CNRS) in Paris since 1979. He is the author of Perspectival Thought and various other publications in the philosophy of language and philosophy of mind.
Loading...
or support indie stores by buying on