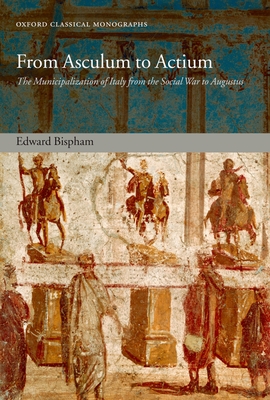 From Asculum to Actium (Hardcover)

Rome's once independent Italian allies became communities of a new Roman territorial state after the Social War of 91-87 BC. Edward Bispham examines how the transition from independence to subordination was managed, and how, between the opposing tensions of local particularism, competing traditions and identities, aspirations for integration, cultural change, and indifference from Roman central authorities, something new and dynamic appeared in the jaded world of the late Republic. Bispham charts the successes and failures of the attempts to make a new political community (Roman Italy), and new Roman citizens scattered across the peninsula - a dramatic and important story in that, while Italy was being built, Rome was falling apart; and while the Roman Republic fell, the Italian municipal system endured, and made possible the government, and even the survival, of the Roman empire in the West.