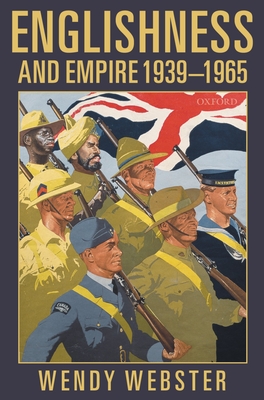 Did loss of imperial power and the end of empire have any significant impact on metropolitan culture and identity after 1939? Within a burgeoning literature on national identity and Englishness, this is a question that has received surprisingly little attention.
Drawing on extensive research in the media archive, Wendy Webster's highly readable study investigates popular narratives of nation, and the significance of empire and its legacies in shaping national identity after 1939. What were the tensions and uncertainties involved in defining a post-imperial nation? How did imperial legacies inform questions about who belonged in Britain and debates about race, immigration and nationality? What did the Commonwealth mean? What was the significance of America to the making of a post-imperial nation? Focusing on stories told through prolific filmic and television imagery - the Second World War, the Coronation and Everest, colonial wars of the 1950s, Winston Churchill's funeral - the book explores how far, and in what contexts and unexpected places, imperial identity and loss of imperial power resonated in popular narratives of nation.
A novel thematic focus on empire and Englishness in the post-1945 period makes this an important study for scholars and students of modern British history, empire and Commonwealth, decolonisation, migration, gender, ethnicity, and race.