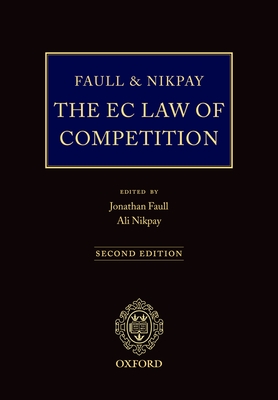 The EC Law of Competition

The new edition of this leading work builds upon the success of the first edition by adding new chapters on modernization, cartels, state aids, and vehicle distribution agreements, as well as expanding the analysis of mergers. The existing strengths are also reinforced, and the book will be fully up to date with all of the key substantive, procedural and interpretative changes being introduced during 2004, as well as the latest case-law. The author team is entirely drawn from current or former members of the EC Commission's Directorate General for Competition, ensuring a uniquely in-depth working knowledge of the legislative regime and its application in practice.