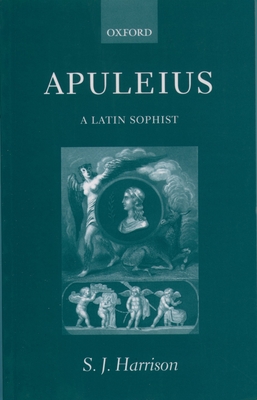 This book is a response to the literary pleasures and scholarly problems of reading the texts of Apuleius, most famous for his novel Metamorphoses or Golden Ass. Living in second-century North Africa, Apuleius was more than an author of fiction; he was a consummate orator and professional intellectual, Platonist philosopher, extraordinary stylist, relentless self-promoter, and versatile author of a remarkably diverse body of work, much of which is lost to us. This book is written for those able to read Apuleius in Latin, and Apuleian works are accordingly quoted without translation (although where they exist suitable translations have been indicated). In this book Dr Harrison has provided a literary handbook to all the works of Apuleius as well as the Metamorphoses, and has set his works against their intellectual background: not only Apuleius' career as a performing intellectual, a sophist, in second-century Roman North Africa, but also the larger contemporary framework of the Greek Second Sophistic. While focusing primarily on the texts as literature and literary-historical, the book also deals with Apuleius' works of didactic philosophy and his consequent connection with Middle Platonism.