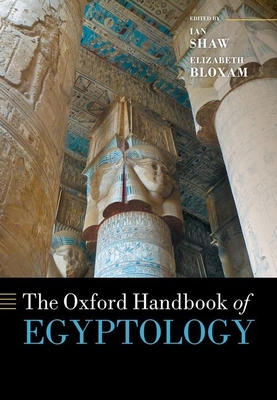 The Oxford Handbook of Egyptology (Hardcover)

The Oxford Handbook of Egyptology offers a comprehensive survey of the entire study of ancient Egypt from prehistory through to the end of the Roman period. It seeks to place Egyptology within its theoretical, methodological, and historical contexts, indicating how the subject has evolved and discussing its distinctive contemporary problems, issues, and potential. Transcending conventional boundaries between archaeological and ancient textual analysis, the volume brings together 63 chapters that range widely across archaeological, philological, and cultural sub-disciplines, highlighting the extent to which Egyptology as a subject has diversified and stressing the need for it to seek multidisciplinary methods and broader collaborations if it is to remain contemporary and relevant. Organized into ten parts, it offers a comprehensive synthesis of the various sub-topics and specializations that make up the field as a whole, from the historical and geographical perspectives that have influenced its development and current characteristics, to aspects of museology and conservation, and from materials and technology - as evidenced in domestic architecture and religious and funerary items - to textual and iconographic approaches to Egyptian culture. Authoritative yet accessible, it serves not only as an invaluable reference work for scholars and students working within the discipline, but also as a gateway into Egyptology for classicists, archaeologists, anthropologists, sociologists, and linguists.