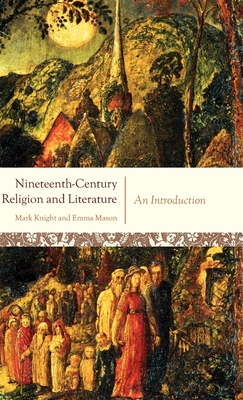 Recent scholarship in nineteenth-century literary studies consistently recognizes the profound importance of religion, even as it marginalizes the topic. There are few, if any, challenging yet manageable introductions to religion and literature in the long-nineteenth century, a factor that serves to fuel scholars' neglect of theological issues. This book aims to show how religion, specifically Christianity, is integral to the literature and culture of this period. It provides close readings of popular texts and integrates these with accessible explanations of complex religious ideas. Written by two scholars who have published widely on religion and literature, the book offers a detailed grounding in the main religious movements of the period 1750-1914. The dominant traditions of High Anglicanism, Tractarianism, Evangelicalism, and Roman Catholicism are contextualized by preceding chapters addressing dissenting culture (primarily Presbyterianism, Methodism, Unitarianism and Quakerism), and the question of secularization is considered in the light of the diversity and capacity for renewal within the Christian faith. Throughout the book the authors untangle theological and church debates in a manner that highlights the privileged relationship between religion and literature in the period. The book also gives readers a language to approach and articulate their own religious readings of texts, texts that are often concerned with slippery subjects, such as the divine, the non-material and the nature of religious experience. Refusing to shut down religious debate by offering only narrow or fixed definitions of Christian traditions, the book also questions the demarcation of sacred material from secular, as well as connecting the vitality of religion in the period to a broader literary culture.

Mark Knight is a Senior Lecturer in English Literature at Roehampton University. Emma Mason is a Lecturer in the Department of English and Comparative Literary Studies at the University of Warwick.
Loading...
or support indie stores by buying on