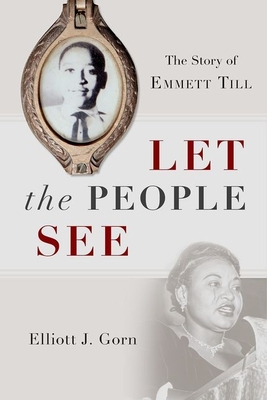 The Story of Emmett Till

The world knows the story of young Emmett Till. In August 1955, the fourteen-year-old Chicago boy supposedly flirted with a white woman named Carolyn Bryant, who worked behind the counter of a country store, while visiting family in Mississippi. Three days later, his mangled body was recovered in the Tallahatchie River, weighed down by a cotton-gin fan. Till's killers, Bryant's husband and his half-brother, were eventually acquitted on technicalities by an all-white jury despite overwhelming evidence. It seemed another case of Southern justice. Then details of what had happened to Till became public, which they did in part because Emmett's mother, Mamie Till-Mobley, insisted that his casket remain open during his funeral. The world saw the horror, and Till's story gripped the country and sparked outrage. Black journalists drove down to Mississippi and risked their lives interviewing townsfolk, encouraging witnesses, spiriting those in danger out of the region, and above all keeping the news cycle turning. It continues to turn. In 2005, fifty years after the murder, the FBI reopened the case. New papers and testimony have come to light, and several participants, including Till's mother, have published autobiographies. Using this new evidence and a broadened historical context, Elliott J. Gorn delves more fully than anyone has into how and why the story of Emmett Till still resonates, and always will. Till's murder marked a turning point, Gorn shows, and yet also reveals how old patterns of thought and behavior endure, and why we must look hard at them.

Elliott J. Gorn is Joseph A. Gagliano Chair in American Urban History at Loyola University Chicago. He is author of several books, including Dillinger's Wild Ride: The Year that Made America's Public Enemy Number One.