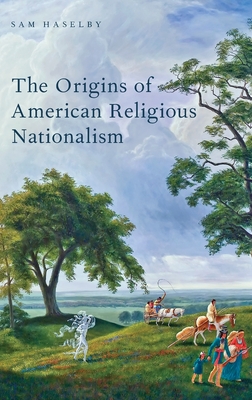 The Origins of American Religious Nationalism

Sam Haselby offers a new and persuasive account of the role of religion in the formation of American nationality, showing how a contest within Protestantism reshaped American political culture and led to the creation of an enduring religious nationalism. Following U.S. independence, the new republic faced vital challenges, including a vast and unique continental colonization project undertaken without, in the centuries-old European senses of the terms, either "a church" or "a state." Amid this crisis, two distinct Protestant movements arose: a popular and rambunctious frontier revivalism; and a nationalist, corporate missionary movement dominated by Northeastern elites. The former heralded the birth of popular American Protestantism, while the latter marked the advent of systematic Protestant missionary activity in the West. The explosive economic and territorial growth in the early American republic, and the complexity of its political life, gave both movements opportunities for innovation and influence. This book explores the competition between them in relation to major contemporary developments-political democratization, large-scale immigration and unruly migration, fears of political disintegration, the rise of American capitalism and American slavery, and the need to nationalize the frontier. Haselby traces these developments from before the American Revolution to the rise of Andrew Jackson. His approach illuminates important changes in American history, including the decline of religious distinctions and the rise of racial ones, how and why "Indian removal" happened when it did, and with Andrew Jackson, the appearance of the first full-blown expression of American religious nationalism.

Sam Haselby is a historian of religion and American political culture. He earned his PhD at Columbia University, was a Junior Fellow at the Harvard Society of Fellows, and has been a faculty member at the American University of Beirut and the American University in Cairo. His writings on U.S. politics and religion in historical perspective have appeared in The International Herald Tribune, The Boston Globe, and The Guardian. He is working on a book about the opium trade. Currently, he is a visiting faculty member at Columbia University.
Loading...
or
Not Currently Available for Direct Purchase