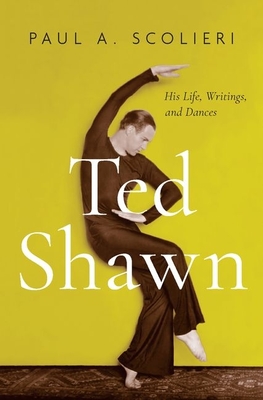 His Life, Writings, and Dances

Ted Shawn (1891-1972) is the self-proclaimed "Father of American Dance" who helped to transform dance from a national pastime into theatrical art. In the process, he made dancing an acceptable profession for men and taught several generations of dancers, some of whom went on to become legendary choreographers and performers in their own right, most notably his prot�g�s Martha Graham, Louise Brooks, Doris Humphrey, and Charles Weidman. Shawn tried for many years and with great frustration to tell the story of his life's work in terms of its social and artistic value, but struggled, owing to the fact that he was homosexual, a fact known only within his inner circle of friends. Unwilling to disturb the meticulously narrated account of his paternal exceptionalism, he remained closeted, but scrupulously archived his journals, correspondence, programs, photographs, and motion pictures of his dances, anticipating that the full significance of his life, writing, and dances would reveal itself in time. Ted Shawn: His Life, Writings, and Dances is the first critical biography of the dance legend, offering an in-depth look into Shawn's pioneering role in the formation of the first American modern dance company and school, the first all-male dance company, and Jacob's Pillow, the internationally renowned dance festival and school located in the Berkshires. The book explores Shawn's writings and dances in relation to emerging discourses of modernism, eugenics and social evolution, revealing an untold story about the ways that Shawn's homosexuality informed his choreographic vision. The book also elucidates the influences of contemporary writers who were leading a radical movement to depathologize homosexuality, such as the British eugenicist Havelock Ellis and sexologist Alfred Kinsey, and conversely, how their revolutionary ideas about sexuality were shaped by Shawn's modernism.

Paul A. Scolieri is Chair & Professor of Dance at Barnard College, Columbia University, and the award-winning author of Dancing the New World: Aztecs, Spaniards, and the Choreography of Conquest.
or support indie stores by buying on
Copyright © 2020 American Booksellers Association