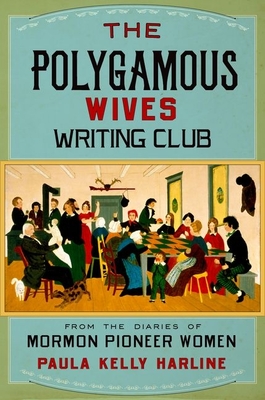 From the Diaries of Mormon Pioneer Women

The Church of Jesus Christ of Latter-day Saints renounced the practice of plural marriage in 1890. In the mid- to late nineteenth century, however--the heyday of Mormon polygamy--as many as three out of every ten Mormon women became polygamous wives. Paula Kelly Harline delves deep into the diaries and autobiographies of twenty-nine such women, providing a rare window into the lives they led and revealing their views and experiences of polygamy, including their well-founded belief that their domestic contributions would help to build a foundation for generations of future Mormons. Polygamous wives were participants in a controversial and very public religious practice that violated most nineteenth-century social and religious rules of a monogamous America. Harline considers the questions: Were these women content with their sacrifice? Did the benefits of polygamous marriage for the Mormons outweigh the human toll it required and the embarrassment it continues to bring? Polygamous wives faced daunting challenges not only imposed by the wider society but within the home, yet those whose writings Harline explores give voice to far more than unhappiness and discontent. The personal writings of these women, all married to different husbands, are the heart of this remarkable book--they paint a vivid and sometimes disturbing picture of an all but vanished and still controversial way of life.

Paula Kelly Harline has been teaching college writing for over 20 years for the University of Idaho, Brigham Young University, and Utah Valley University. She has also worked as a freelance writer and artist. She currently lives with her husband, Craig, in Provo, Utah.
Loading...
or support indie stores by buying on