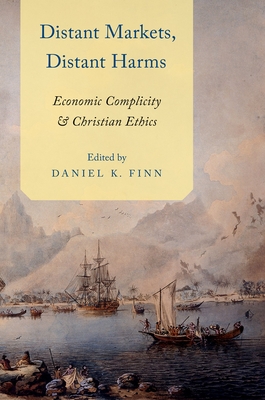 Does a consumer who bought a shirt made in another nation bear any moral responsibility when the women who sewed that shirt die in a factory fire or in the collapse of the building? Many have asserted, without explanation, that because markets cause harms to distant others, consumers bear moral responsibility for those harms. But traditional moral analysis of individual decisions is unable to sustain this argument. Distant Harms, Distant Markets presents a careful analysis of moral complicity in markets, employing resources from sociology, Christian history, feminism, legal theory, and Catholic moral theology today. Because of its individualistic methods, mainstream economics as a discipline is not equipped to understand the causality entailed in the long chains of social relationships that make up the market. Critical realist sociology, however, has addressed the character and functioning of social structures, an analysis that can helpfully be applied to the market. The True Wealth of Nations research project of the Institute for Advanced Catholic Studies brought together an international group of sociologists, economists, moral theologians, and others to describe these causal relationships and articulate how Catholic social thought can use these insights to more fully address issues of economic ethics in the twenty-first century. The result was this interdisciplinary volume of essays, which explores the causal and moral responsibilities that consumers bear for the harms that markets cause to distant others.

Daniel K. Finn teaches Economics and Theology at St. John's University in Collegeville Minnesota. He has published widely on economics and ethics, including The Moral Ecology of Markets: Assessing Claims about Markets, and Just Trading: On the Ethics and Economics of International Trade. He is a past president of the Society of Christian Ethics, the Catholic Theological Society of America, and the Association for Social Economics.
Loading...
or support indie stores by buying on