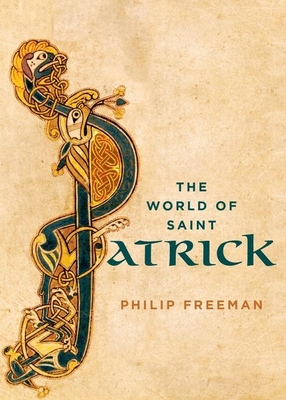 The World of Saint Patrick

The legend of Saint Patrick is irresistibly captivating-he drove the snakes out of Ireland, battled the druids, and used the three-leaf Shamrock to convert the pagan Irish to belief in the Christian Trinity. Yet, as so often happens, these stories are mere myths that fold under closer scrutiny. Snakes never plagued the Irish countryside, and the Emerald Isle's most beloved saint wasn't even Irish but a Briton of the Roman nobility. Fortunately, the truth is even more fascinating. In The World of Saint Patrick, classical scholar Philip Freeman offers the definitive account of Saint Patrick's life through new and vibrant translations of the greatest works of early Christian Ireland. This story of great violence, brutality, and even greater faith begins with two letters Patrick wrote describing his kidnapping by pirates at age sixteen and subsequent slavery. Although his grandfather was a priest and his father a deacon, at the time of his kidnapping Patrick had rejected his childhood faith in favor of atheism. Yet in this deeply moving narrative, Patrick recounts how he regained his faith during his captivity, and how the voice of God guided him both in his escape from bondage and in his eventual return to Ireland as a missionary to the very people who had enslaved him. The World of Saint Patrick delves into colorful tales of Patrick's struggles with pagan kings, soaring hymns of praise, and a prayer of protection against forces of evil such as the magic of women, blacksmiths, and druids. Freeman also examines the life of Saint Brigid, Ireland's first female saint, and the legendary voyage of Saint Brendan and his monks across the western ocean. Both general readers with an interest in Ireland's saints and scholars studying religion or medieval history will be unable to put down this captivating tale of Ireland's greatest saint and the remarkable times in which he lived.

Philip Freeman earned his Ph.D. at Harvard University and holds the Orlando W. Qualley Chair of Classical Languages at Luther College. He is the author of over a dozen books on the ancient and medieval world and has been a visiting scholar at the Harvard Divinity School and the Institute forAdvanced Study in Princeton.
Loading...
or support indie stores by buying on