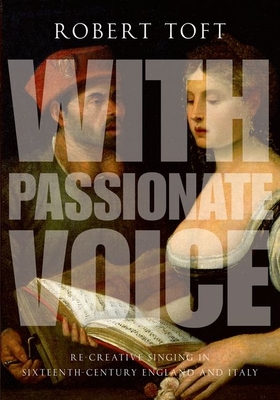 Musicians in the 16th century had a vastly different understanding of the structure and performance of music than today's performers. In order to transform inexpressively notated music into passionate declamation, Renaissance singers treated scores freely, and it was expected that each would personalize the music through various modifications, which included ornamentation. Their role was one of musical re-creation rather than of simple interpretation--the score represented a blueprint, not a master plan, upon which they as performer built the music. As is now commonly recognized, this flexible approach to scores changed over the centuries; the notation on the page itself became an ostensible musical Urtext and performers began following it much more closely, their sole purpose being to reproduce what was thought to be the composer's intentions. Yet in recent years, scholars and performers are once again freeing themselves from the written page--but the tools for doing so have long been out of reach. With Passionate Voice gives these tools to modern singers of Renaissance music, enabling them to learn and master the art of "re-creative singing." Providing a much-needed historically-informed perspective, author Robert Toft discusses the music of composers ranging from Marchetto Cara to John Dowland in the context of late Renaissance rhetoric, modal theory (and its antecedents in language), and performance traditions. Focusing on period practice in England and Italy, the two countries which produced the music of greatest interest to today's performers, Toft reconstructs the style of sung delivery through contemporary treatises on music, rhetoric and oratory. Toft remains faithful to the ways these principles were explained in the period, and thus breathes new life into this vital art form. With Passionate Voice is sure to be essential for vocalists, teachers and coaches of early music repertoire.

Robert Toft has pursued a career as a vocal coach, accompanist, and researcher. He has published five books on the performance practices of singing between the 16th and 19th centuries and has given master classes, workshops, and lectures on historically-informed performance in Australia, Britain, Canada, Ireland, Switzerland, and the USA. He is Professor of Music at Western University in London, Canada.
Loading...
or
Not Currently Available for Direct Purchase