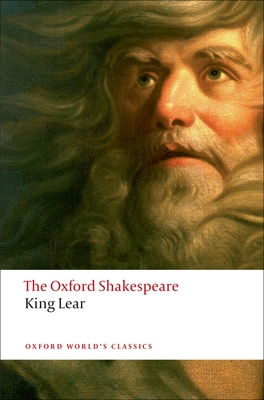 The History of King Lear

The Oxford Shakespeare the History of King Lear

King Lear, widely considered Shakespeare's most deeply moving, passionately expressed, and intellectually ambitious play, has almost always been edited from the revised version printed in the First Folio of 1623, with additions from the quarto of 1608. Now for the first time, this new
volume presents the full, scholarly edition to be based firmly on the quarto, now recognized as the base text from which all others derive. A thorough, attractively written introduction suggests how the work grew slowly in Shakespeare's imagination, fed by years of reading, thinking, and
experience as a practical dramatist. This editition consists of a new, modern-spelling text; a full index to the introduction and commentary; production photographs and related art. The on-page commentary and detailed notes to this edition offer critical help in understanding the language and
dramaturgy in relation to the theaters in which King Lear was first performed. Additional sections reprint the early ballad, which was among the play's earliest sources, and provide additional guides to understanding and appreciating one of the greatest masterworks of Western civilization. About the Series: For over 100 years Oxford World's Classics has made available the broadest spectrum of literature from around the globe. Each affordable volume reflects Oxford's commitment to scholarship, providing the most accurate text plus a wealth of other valuable features, including expert
introductions by leading authorities, voluminous notes to clarify the text, up-to-date bibliographies for further study, and much more.

Stanley Wells ran the Oxford Shakespeare Department within OUP while the Complete Works was in preparation. He is a former Director of the Shakespeare Institute, Stratford-upon-Avon.
Loading...
or support indie stores by buying on