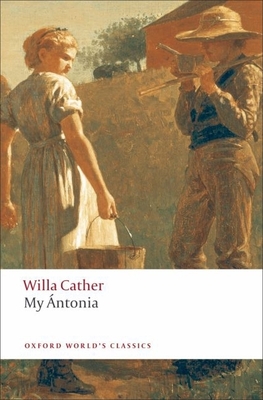 My Antonia is a classic tale of pioneer life in the American Midwest. The novel details daily life in the newly settled plains of Nebraska through the eyes of Jim Burden, who recounts memories of a childhood shared with a girl named Antonia Shimerda, the daughter of a family who have emigrated from Bohemia. As adults, Jim leaves the prairie for college and a career in the east, while Antonia devotes herself to her large family and productive farm. When he returns Jim sees that although Antonia is careworn, she remains "a rich mine of life, like the founders of early races,". Full of stirring descriptions of the prairie's beautiful yet terrifying landscape, and the rich ethnic mix of immigrants and native-born Americans who chose to restart their lives there, My Antonia mythologized a period of American history that was lost before its value could be understood.
This new edition provides a critically up-to-date introduction and detail notes which put the events and themes of the book in full historical context. Also included are Cather's original and revised introductions to her novel. About the Series: For over 100 years Oxford World's Classics has made available the broadest spectrum of literature from around the globe. Each affordable volume reflects Oxford's commitment to scholarship, providing the most accurate text plus a wealth of other valuable features, including expert introductions by leading authorities, voluminous notes to clarify the text, up-to-date bibliographies for further study, and much more.