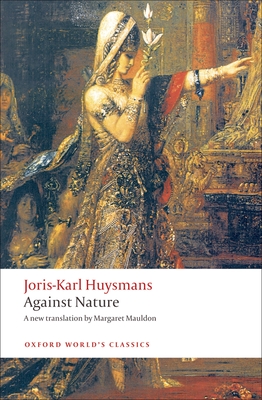 Resisting the traditional model of nineteenth-century fiction, Joris-Karl Huysman produced in 1884 a novel unlike any other of his time. Against Nature is the story of Des Esseintes, an aesthete who attempts to escape Paris and, along with it, the vulgarity of modern life. As Des Esseintes hides away in his museum of high taste, Huysman offers the reader a treasury of cultural delights and anticipates many aspects of twentieth century modernism. Supplemented by notes and a critical introduction, this new translation is sure to engage today's reader.
About the Series: For over 100 years Oxford World's Classics has made available the broadest spectrum of literature from around the globe. Each affordable volume reflects Oxford's commitment to scholarship, providing the most accurate text plus a wealth of other valuable features, including expert introductions by leading authorities, voluminous notes to clarify the text, up-to-date bibliographies for further study, and much more.