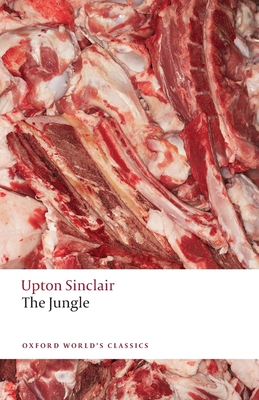 A searing novel of social realism, Upton Sinclair's The Jungle follows the fortunes of Jurgis Rudkus, an immigrant who finds in the stockyards of turn-of-the-century Chicago a ruthless system that degrades and impoverishes him, and an industry whose filthy practices contaminate the meat it processes. From the stench of the killing-beds to the horrors of the fertilizer-works, the appalling conditions in which Jurgis works are described in intense detail by an author bent on social reform. So powerful was the book's message that it caught the eye of President Theodore Roosevelt and led to changes to the food hygiene laws. In his Introduction to this new edition, Russ Castronovo highlights the aesthetic concerns that were central to Sinclair's aspirations, examining the relationship between history and historical fiction, and between the documentary impulse and literary narrative. As he examines the book's disputed status as novel (it is propaganda or literature?), he reveals why Sinclair's message-driven fiction has relevance to literary and historical matters today, now more than a hundred years after the novel first appeared in print. About the Series: For over 100 years Oxford World's Classics has made available the broadest spectrum of literature from around the globe. Each affordable volume reflects Oxford's commitment to scholarship, providing the most accurate text plus a wealth of other valuable features, including expert introductions by leading authorities, voluminous notes to clarify the text, up-to-date bibliographies for further study, and much more.

Russ Castronovo is Jean Wall Bennett Professor of English and American Studies at the University of Wisconsin-Madison.
Loading...
or support indie stores by buying on