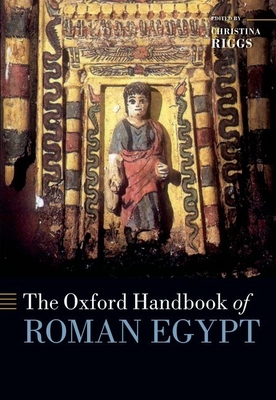 Roman Egypt is a critical area of interdisciplinary research, which has steadily expanded since the 1970s and continues to grow. Egypt played a pivotal role in the Roman empire, not only in terms of political, economic, and military strategies, but also as part of an intricate cultural discourse involving themes that resonate today -- east and west, old world and new, acculturation and shifting identities, patterns of language use and religious belief, and the management of agriculture and trade. Roman Egypt was a literal and figurative crossroads shaped by the movement of people, goods, and ideas, and framed by permeable boundaries of self and space.
This Handbook is unique in drawing together many different strands of research on Roman Egypt, in order to suggest both the state of knowledge in the field and the possibilities for collaborative, synthetic, and interpretive research. Arranged in seven thematic sections, each of which includes essays from a variety of disciplinary vantage points and multiple sources of information, it offers new perspectives from both established and younger scholars, featuring individual essay topics, themes, and intellectual juxtapositions.

Christina Riggs is a lecturer at the University of East Anglia, having previously worked in museums in Cambridge, Manchester, and Oxford, and is a Fellow of the Society of Antiquaries of London. Author of The Beautiful Burial in Roman Egypt (Oxford 2005), Riggs studied at Brown University, the University of California at Berkeley, and Harvard Univeristy, before receiving her doctorate from Oxford University.
or
Not Currently Available for Direct Purchase
Copyright © 2020 American Booksellers Association