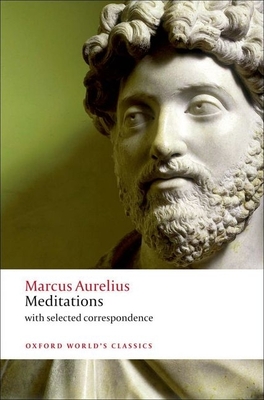 The Meditations of Marcus Aurelius is one of the best-known and most popular works of ancient philosophy, offering spiritual reflections on how best to understand the universe and one's place within it. In short, highly charged comments, Marcus draws on Stoic philosophy to confront challenges that he felt acutely, but which are also shared by all human beings--facing the constant presence of death, making sense of one's social role, grasping the moral significance of the universe. They bring us closer to the personality of the emperor, who is often disillusioned with his own status and with human activities in general; they are both an historical document and a remarkable spiritual diary. This translation by Robin Hard brings out the eloquence and universality of Marcus' thoughts. The introduction and notes by Christopher Gill take account of the most recent work on Marcus and place the Meditations firmly in the ancient philosophical context. A newly translated selection of Marcus' correspondence with his tutor Fronto broadens the picture of the emperor as a person and thinker.

Robin Hard has also translated the work of Stoic philosopher Epictetus. Christopher Gill is Professor of Ancient Thought at the University of Exeter.
or
Buy Here
Copyright © 2020 American Booksellers Association