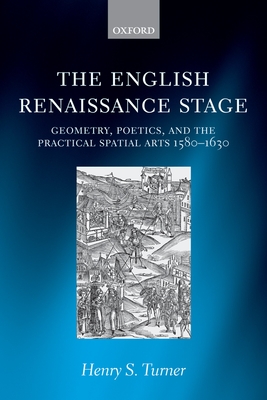 Drawing on entirely new evidence, The English Renaissance Stage: Geometry, Poetics, and the Practical Spatial Arts 1580-1630 examines the history of English dramatic form and its relationship to the mathematics, technology, and early scientific thought during the Renaissance period. The book demonstrates how practical modes of thinking that were typical of the sixteenth century resulted in new genres of plays and a new vocabulary for problems of poetic representation. In the epistemological moment the book recovers, we find new ideas about form and language that would become central to Renaissance literary discourse; in this same moment, too, we find new ways of thinking about the relationship between theory and practice that are typical of modernity, new attitudes towards spatial representation, and a new interest in both poetics and mathematics as distinctive ways of producing knowledge about the world. By emphasizing the importance of theatrical performance, the book engages
with continuing debates over the cultural function of the early modern stage and with scholarship on the status of modern authorship. When we consider playwrights in relation to the theatre rather than the printed book, they appear less as 'authors' than as figures whose social position and epistemological presuppositions were very similar to the craftsmen, surveyors, and engineers who began to flourish during the sixteenth century and whose mathematical knowledge made them increasingly sought after by men of wealth and power.