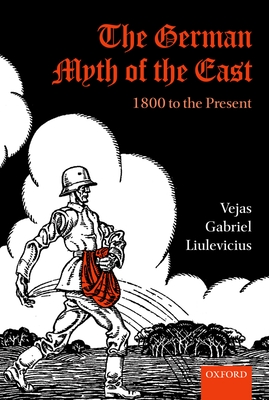 The German Myth of the East

Over the last two centuries and indeed up to the present day, Eastern Europe's lands and peoples have conjured up a complex mixture of fascination, anxiety, promise, and peril for Germans looking eastwards.
Across the generations, a varied cast of German writers, artists, philosophers, diplomats, political leaders, generals, and Nazi racial fanatics have imagined (often in very different ways) a special German mission in the East, forging a frontier myth that paralleled the American myths of the 'Wild West' and 'Manifest Destiny'. Through close analysis of German views of the East from 1800 to our own times, The German Myth of the East reveals that this crucial international relationship has in fact been integral to how Germans have defined (and repeatedly redefined) themselves and their own national identity. In particular, what was ultimately at stake for Germans was their own uncertain position in Europe, between East and West. Paradoxically, the East came to be viewed as both an attractive land of unlimited potential for the future and as a place undeveloped, dangerous, wild, dirty, and uncultured.
Running the gamut from the messages of international understanding announced by generations of German scholars and sympathetic writers, to the violent racial utopia envisaged by the Nazis, German imaginings of the East represent a crucial, yet unfamiliar, part of modern European history, and one that remains fundamentally important today in the context of an expanded European Union.

Vejas Gabriel Liulevicius is an Associate Professor in the Department of History at the University of Tennessee and is the author of War Land on the Eastern Front: Culture, National Identity, and German Occupation in World War I (2000). He has been awarded a fellowship by the National Endowment for the Humanities.
Loading...
or
Not Currently Available for Direct Purchase