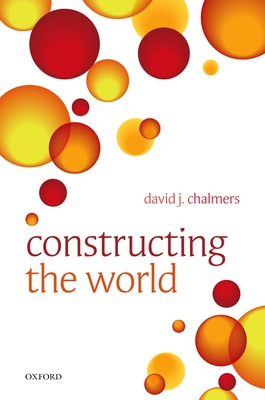 David J. Chalmers constructs a highly ambitious and original picture of the world, from a few basic elements. He develops and extends Rudolf Carnap's attempt to do the same in Der Logische Aufbau Der Welt (1928). Carnap gave a blueprint for describing the entire world using a limited vocabulary, so that all truths about the world could be derived from that description--but his Aufbau is often seen as a noble failure. In Constructing the World, Chalmers argues that something like the Aufbau project can succeed. With the right vocabulary and the right derivation relation, we can indeed construct the world. The focal point of Chalmers's project is scrutability: roughly, the thesis that ideal reasoning from a limited class of basic truths yields all truths about the world. Chalmers first argues for the scrutability thesis and then considers how small the base can be. All this can be seen as a project in metaphysical epistemology: epistemology in service of a global picture of the world and of our conception thereof. The scrutability framework has ramifications throughout philosophy. Using it, Chalmers defends a broadly Fregean approach to meaning, argues for an internalist approach to the contents of thought, and rebuts W. V. Quine's arguments against the analytic and the a priori. He also uses scrutability to analyze the unity of science, to defend a conceptual approach to metaphysics, and to mount a structuralist response to skepticism. Based on Chalmers's 2010 John Locke lectures, Constructing the World opens up debate on central areas of philosophy including philosophy of language, consciousness, knowledge, and reality. This major work by a leading philosopher will appeal to philosophers in all areas.

David J. Chalmers is Distinguished Professor of Philosophy and Director of the Centre for Consciousness at the Australian National University, and Professor of Philosophy at New York University. After studying mathematics at Adelaide and Oxford, he completed a PhD in philosophy and cognitive science at Indiana University in 1993. His 1996 book The Conscious Mind: In Search of a Fundamental Theory was highly successful with both popular and academic audiences. As director of the Center for Consciousness Studies at the University of Arizona from 1999 to 2004, and as a founder of the Association for the Scientific Study of Consciousness, he has played a major role in developing the interdisciplinary science of consciousness. He is well known for his formulation of the 'hard problem' of consciousness and his arguments against materialism. He has also written on topics as diverse as the nature of meaning, the foundations of artificial intelligence, and philosophical issues in The Matrix.
or support indie stores by buying on