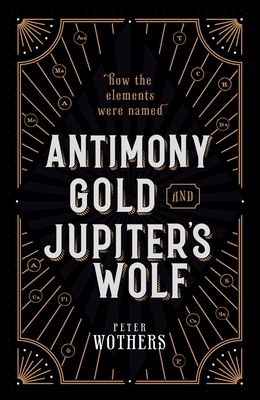 How the Elements Were Named

The iconic Periodic Table of the Elements is now in its most satisfyingly elegant form. This is because all the 'gaps' corresponding to missing elements in the seventh row, or period, have recently been filled and the elements named. But where do these names come from? For some, usually the most recent, the origins are quite obvious, but in others - even well-known elements such as oxygen or nitrogen - the roots are less clear. Here, Peter Wothers explores the fascinating and often surprising stories behind how the chemical elements received their names. Delving back in time to explore the history and gradual development of chemistry, he sifts through medieval manuscripts for clues to the stories surrounding the discovery of the elements, showing how they were first encountered or created, and how they were used in everyday lives. As he reveals, the oldest-known elements were often associated with astronomical bodies, and connections with the heavens influenced the naming of a number of elements. Following this, a number of elements, including hydrogen and oxygen, were named during the great reform of chemistry, set amidst the French Revolution. While some of the origins of the names were controversial (and, indeed incorrect - some saying, for instance, that oxygen might be literally taken to mean 'the son of a vinegar merchant'), they have nonetheless influenced language used around the world to this very day. Throughout, Wothers delights in dusting off the original sources, and bringing to light the astonishing, the unusual, and the downright weird origins behind the names of the elements so familiar to us today.

Dr Peter Wothers is a Teaching Fellow in the Department of Chemistry, University of Cambridge, and a Fellow and Director of Studies in Chemistry at St Catharine's College. He is heavily involved in promoting chemistry to young students and members of the public, and, in 2010, created the popularCambridge Chemistry Challenge competition for students in the UK. Peter is known nationally and internationally for his demonstration lectures and presented the Royal Institution Christmas Lectures, titled The Modern Alchemist, in 2012. He has also authored a number of popular textbooks, includingWhy Chemical Reactions Happen and Chemical Structure and Reactivity, with colleague James Keeler. In 2014, he was awarded an M.B.E. for Services to Chemistry in the Queen's Birthday Honours.
Loading...
or support indie stores by buying on